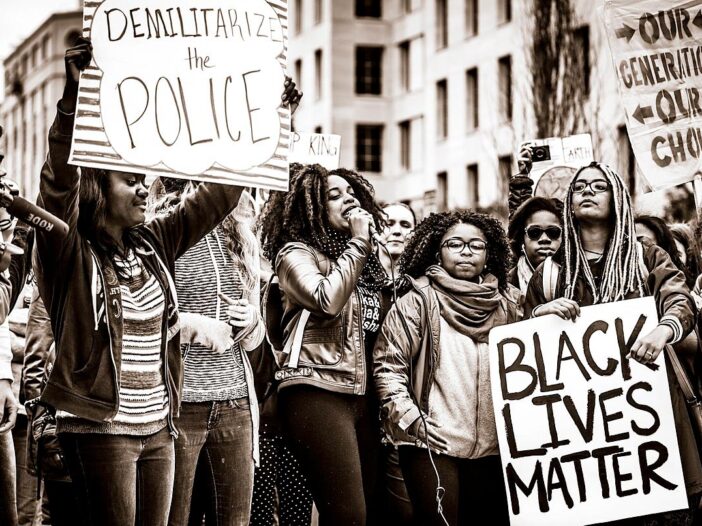 One thing I am proud of in my South Asian culture is the idea of gratitude: the South Asian culture strongly pushes to be thankful and pay people back when they help you. This starts with something as simple as when someone lends you a dish, you always send it back filled with food; if someone has invited you into their home, you never go empty handed. Yet, as we have recognized the anti-blackness in the South Asian community, I am left with the question: why have we not shown the same gratitude here?

The South Asian community in this nation was built off of the struggles and hard work of the Black community. They have fought for our immigrants and for those back in South Asia; they have inspired movements in both areas, such as with the Dalit Panthers that expanded throughout India. With that, it is not just enough to eradicate anti-Blackness in South Asian communities; we should be crediting Black communities for all they have done for us. Our privilege along with the work other minority communities have done is what has allowed Indian immigrants to be the second-largest immigrant group in the country.

Our overlapping history goes long and far. A few South Asians migrated in the late 1800s, but a substantive number did not arrive for much longer. Why? A couple decades later, South Asians were banned. The Immigration Act of 1917 banned a multitude of people: Asian, Mexican, Mediterranean, poor, political radical, and disabled people. On top of this, the Johnson-Reed Act was passed in 1924, which limited

immigrants through a “national origins quota” dictating only 2% of the 1890 census could be provided immigration visas of that nation. This act was not imposed on western nations and effectively banned Arabs and Asians, including Indians. During this time of passing blatantly racist legislation, Black people born in America were also being denied full citizenship, including the right to vote; this marked the start of the civil rights movement, which came into full force in the 1950s and 60s. As the Black population advocated for the Civil Rights Act of 1964 and the Voting Rights Act of 1965, they soon also pushed through the Immigration and Nationality Act—passed October 3, 1965–which repealed federal quota based immigration.

The civil rights movement in it of itself was imperative to South Asians already in the nation. For this, we look at the 1923 Supreme Court case of United States v. Bharathiya Singh Thind. Because he was not a “white person,” he was denied citizenship. Thind was not just any normal immigrant either; he had also fought for the United States in the First World War. Vaishno Das Bagai committed suicide in 1928 after the citizenship he was granted in the United States in 1921 was stripped just two years later. The struggle of Thind and Bagai affected the entire South Asian community. The Exclusion Act in the early 1900s prevented most immigration from China, causing North American employers to look elsewhere for cheap labor; they landed in India. A “strong man” from India could make just $2 a day.

Black communities in America have been championing support for India from across the globe. Numerous Black activists from the United States have credited India’s non-violence—ahimsa—for their methodology, always making sure we get credit where it is due, as opposed to white America, known for stealing others’ cultures, including our

own. Bayard Rustin took this a step further in 1945 when he organized the FOR’s Free India Committee, which supported India’s fight for independence from Great Britain. When Black Americans have supported us from across the world, there is no reason to ignore their suffering when we share a yard.

Even though a reason should not be necessary to support those who are targeted and oppressed by the government, the South Asian community has multiple reasons to stand behind the Black community. When they have supported us and fought for us for decades, it is not right of us to stand back. Let’s take the gratitude we make sure to show each other, and share it with those around us—those who have given to us expecting nothing in return.