Oftentimes, it’s easy to forget how recent colonization in South Asia by Europeans ended. In reality, for many of us today, our grandparents, parents, or even ourselves lived through it. While the West was beginning to see progress towards inclusivity in the 1900s, South Asia had just been left by the queerness is provocative and unacceptable during colonization.The UK saw the beginning of organized LGBTQ+ civil rights movements in the late 1960s and early 1970s. Post-colonization, South Asia simply wanted to live up to the “standards” the west had left behind, so communities in South Asia let go of parts of its histories and cultures. As a result, many South Asian American spaces are not safe or welcoming to LGBTQ+ individuals. The world’s oldest South Asian LGBT magazine, Trikone, was not founded until 1986.

The time of the 70s and 80s was also when there were great waves of migration from South Asia to Britain. Yet, since the very beginning, South Asians played a critical role in this movement. In 1988, the group Shakti was found, representing South Asian lesbian and gay individuals. That same year, a founding member of Shakti, DJ Ritu, also founded a club: Club Shakti. This club raised funds for the larger organization and provided a safe space for British South Asian queer people.

However, this “progressive acceptance” that these South Asian people represented and demonstrated is not something new. I contest that accepting queer people is not “progressive” in regards to South Asian history and culture because being part of this community was once normal. Hinduism, born in ancient South Asian culture, does not condemn LGBTQ+ individuals, unlike other religions. Some Hindu scholars argue Shikhandi, in the Mahabharata, is transgender, but Krishna did not mind sharing a chariot with this warrior. Gods frequently change from one gender to another. One such example is Vishnu, who came in a female form: Mohsin.

As a Bharatanatyam dancer for fourteen years, one of my favorite pieces is Ardhanari—depicting Ardhanareeswara, a God half man/half woman, half Shiva/half Parvati. On one side, River Ganga is flowing out of Shiva’s head; on the other, Parvati’s head is decorated with a beautiful bun. On one side, Shiva has skulls hanging from his neck; on the other, a gold chain hangs from Parvati’s neck. Shiva’s ankle on one side is surrounded by snakes; Parvati’s is decorated with a beautiful anklet. More than just being half Shiva and half Parvati, Ardhanareeswara depicts that the human being is not purely “masculine” strength or “feminine” beauty; the human being must be made of a balance between strength and grace—regardless of gender. Gender does not confine one to the attributes of gender stereotypes.

This is not all to say that queerness is a large part of Hinduism; it’s a part of South Asian history as a whole. Such “form shifting” is part of other religions of the region too. The Lotus Sutra, an Indian Buddhist scripture, tells the story of Avalokiteśvara, the bodhisattva of compassion, who is also associated with Tara, the multi-form female bodhisattva.

Even after homosexuality was made illegal, queerness was not treated as “odd” as in the west at times. For example, in the 1884 case of Queen Empress v. Khairati, Naisargi N. Dave explains in Feminist Studies that Khairati was “clearly a habitual sodomite,” the verdict that found him guilty was overturned because of a lack of precise details, such as “time, place,…other persons involved.” While gender stereotypes were certainly stronger at the time than earlier, this exemplified that even with colonization, South Asian culture is rooted in questioning these boxes and stereotypes. Source after source says that so much ancient South Asian literature and culture is permeated with queerness that it is difficult to separate and identify the queerness; it’s difficult to compile all of this queer South Asian literature because there is so much of it.

An LGBTQ+ group that cannot be overlooked are the Hijra, an identity of intersex/trangender people, that have existed for over 2000 years. Mughal Empire Muslim leaders were patrons of Hijra. However, British colonization led to the criminalization of hijras, leading to stigma and fear despite their significance. Europeans could not fathom a third gender. This long history is a complex one with a complicated set of identities: some just call them transgender; while moreso outside India than outside the nation, this is considered by some a completely different gender—a third gender—all together because ultimately, they are not men becoming women or women becoming men or confining themselves to a box of one of the two in anyway; they are neither male nor female, but they are not transitioning to one either. This group is also known as Aravani, Aruvani, Jogappa, and Kinnar/Kinner.

Despite the setbacks for Hijras caused by the British, they have won some protections since then. Starting in 2007, Pant v. Nepal found that third gender would be protected under the same ruling that legalized same-sex marriage. In 2013, Bangladesh legally recognized people who identified as a third gender, protecting the Hijra community. The following year, 2014, the ruling from National Legal Services Authority (NALSA) v. Union of India paved the way to legally recognizing the third gender; this also meant “sex” based protections are not exclusively for protections for biological characteristics—but also self-perceived gender identity. Today, there are over half a million Hijras in South Asia. 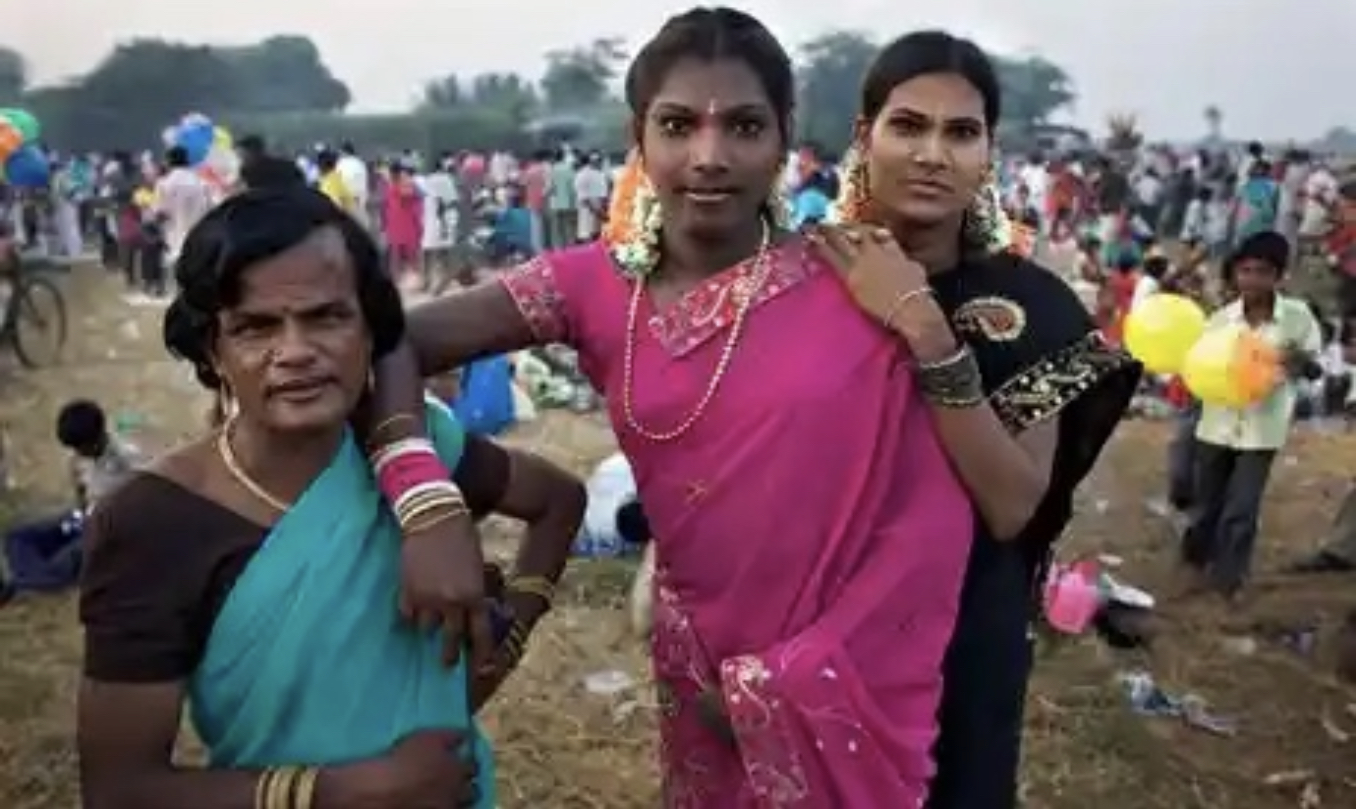 Queerness that has been part of South Asian culture cannot be denied. Nonetheless, we cannot deny the homophobia and discrimination clearly present within the culture today and for many centuries past. As South Asian Americans, us young, “liberal,” and “progressive” kids often want to embrace the diversity and open-mindedness of our history and heritage; in this process, we cannot overlook the damage caused by our ancestors and our own families and friends—and ourselves—resulting in prejudice and damage towards queer South Asians and South Asian Americans today. It is not uncommon to hear uncles and aunties tell us stories of intersex and transgender gods but turn away from LGBTQ+ South Asian American individuals today. We cannot embrace the commonplace of queer South Asians as just history; we must embrace it as part of our culture that will and should exist forever.