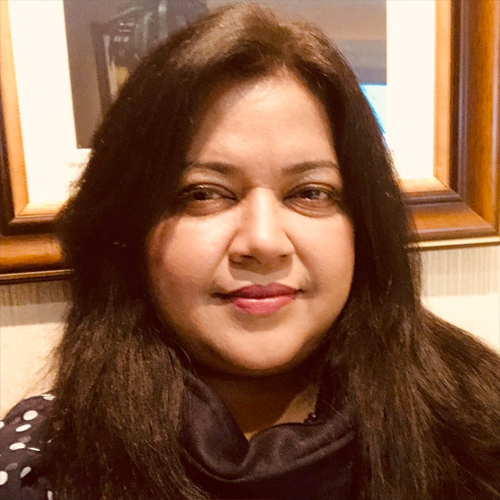 Riffatobtained  her Master’s Degree in Public Policy and Management from University of Southern California (USC) in 2013 as well as a Masters in Social Science with a concentration in International Relations. Mrs. Rahman has been trained by numerous programs in the areas of strategic communication, advocacy and planning as it relates to health education, gender budget analysis, human trafficking and domestic violence.  Mrs. Rahman was employed by the Center for Communications Program, an affiliate of Johns Hopkins University Center for Communication, as a Campaign Executive in Bangladesh. She also worked in an advertising, marketing and social communications agency, campaigning for multi-national companies and International non profit organisations. In 2005, Mrs. Rahman became a volunteer with South Asian Network’s (SAN) Koreatown community mapping and housing rights projects, and later in 2006, she was hired as Community Advocate by SAN. As a result of working for 20 years in social change work, she has dedicated herself to promoting community development and policy advocacy, especially as it impacts women in the private and public sector. Currently she is working in SAN as a Program Coordinator and successfully managing programs in domestic violence/sexual assault, health and other sectors. Mrs. Rahman’s end goal is to help people and aid them to become independent individuals who are free from abuse-embark on a path of healing.